Some of my most beloved books from my childhood are fantasy series, I have always been a voracious reader! As an adult, I continue to read a lot of fantasy based fiction. When 12 Gates Publishing sent us the first two books of The Hamelin Stoop Series – The Eagle, The Cave, and the Footbridge & The Lost Princess and the Jewel of Periluna – I couldn’t wait to dig in and read them with my kiddos.

These books are categorized as Young Adult fantasy series fiction, but the content is appropriate for middle grades and up. A middle schooler who is a strong reader would have no problem reading these independently. Because 1) I wanted to read these along with my children and 2) I was not able to pre-read them before sharing them with my 10 year old, I chose to read them aloud to him. I am glad I did so, as my son is very sensitive to certain kinds of perilous situations in books and movies. The characters in the books run into some pretty intense situations. There are several suspenseful, nail-biting, on the edge of your seat moments to be sure and there is fighting of course. That being said, the books are a “clean read” with nothing inappropriate, no coarse language, and no gratuitous love scenes.

The Eagle, the Cave, and the Footbridge is 320 pages, broken into 41 chapters. The Lost Princess and the Jewel of Periluna is 292 pages, also broken into 41 chapters. This makes each chapter 7-8 pages long on average, making this fantasy series an easier read for middle schoolers. Both books are action packed, very descriptive, and fast paced. I will do my best to keep my summaries concise.

Who is Hamelin Stoop?

Found as a newborn on the front stoop of a children’s home with nothing more than a blanket, and a smeared note, Hamelin is cared for and raised by an interesting cast of characters. The first two books cover events in Hamelin’s life from the time he is found by Mrs. Frendle through eleven years old. Always feeling like he doesn’t belong, he is in search of something, but he isn’t sure what. Throughout his childhood, he experiences loss and loyalty, friendship and lonliness, moments of despair and others of immense joy. Little does he know, but soon finds out, that he is a part of two worlds. The world he has always known, and another he discovers. He must overcome many challenges in order to find his place in both worlds, discover who he is, where he came from, and what he is meant to do.

The Eagle, the Cave and the Footbridge (Book 1)

In a desperate attempt to spare their newborn son from the trackers attempting to capture them, Hamelin’s parents fake his demise, and leave him on the stoop at the children’s home they were both raised in. Hamelin’s parents are captured and taken to another world, imprisoned by the ruthless Ren’dal.

As Hamelin grows, he struggles to understand why the people he loves always seem to leave. As the staff of the children’s home changes, his eighth birthday is overlooked and forgotten. He decides to run away and encounters a magical eagle who then guides him on an adventure. That adventure is abruptly ended when he cannot find the courage to cross the daunting, swaying footbridge between two worlds.

Years later, on his 11th birthday, he confides in his two friends, Layla and Bryan, about his adventure that was cut short and his feelings of regret and longing for a second chance. They believe him, and they set off to explore the area where he initially discovered the cave containing the footbridge and met the Eagle. But the time is not right, and they do not enter the cave. Months later, he is summoned again and is successful in crossing the footbridge. The book ends with Hamelin about to enter the Tunnel of Times, through which he will access the Atrium of the Worlds, as his parents did many years before. Aided by the Eagle and a pair of gloves with magical properties, the true adventure is about to begin!

The Lost Princess and the Jewel of Periluna (Book 2)

The second book picks up where the first left off. Hamelin travels through the Tunnel of Times and into the Atrium of the Worlds. He is then led by the Eagle through the Waters of Death and Life, nearly falling victim to their temptations. As he learns more about the new world he is about to encounter, he finds out that his quest is much bigger than finding his parents. He must help two new friends in the war to save the Land of Gloaming from Chimera, who is at battle with the mysterious figure known as The Ancient One.

They set off to retreive the stolen Jewel of Periluna and the Lost Princess who was kidnapped by Chimera’s son. They encounter the Hospitable Woman, who gifts each of them with a magical item to aid them on their quest and they set off. Little does Hamelin know, Chimera is planning to use him to conquer more worlds.

We are only a little over halfway through the second book, so sadly I can’t yet share what happens at the end of this quest. But we are definitely anxious to find out!

Why we love this fantasy series (and will continue reading it)…

We absolutely LOVED reviewing these books, and whole-heartedly recommend them to other families who have appropriately aged children. See what the other Crew members had to say about this amazing series by clicking the graphic below. 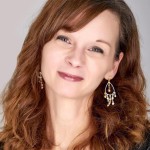 Thanks for stopping by! I’m Cassandra, homeschool mom of 6 beautiful kiddos, wife to one amazing husband, organization junkie, and lover of all things nerdy. I started this blog to share my crazy, blessed daily life with the world.

Thanks for stopping by! I’m Cassandra, homeschool mom of 6 beautiful kiddos, wife to one amazing husband, organization junkie, and lover of all things nerdy. I started this blog to share my crazy, blessed daily life with the world.
Read more

Get in the know! Receive our monthly newsletter delivered to your inbox

What I’m Writing About

Pinning all the things!

Load More...Follow on Instagram
We use cookies to ensure that we give you the best experience on our website. If you continue to use this site we will assume that you are happy with it.OkPrivacy policy